Our piano teachers in Manhattan NY are willing to share their joy and appreciation of the great musical works with students. 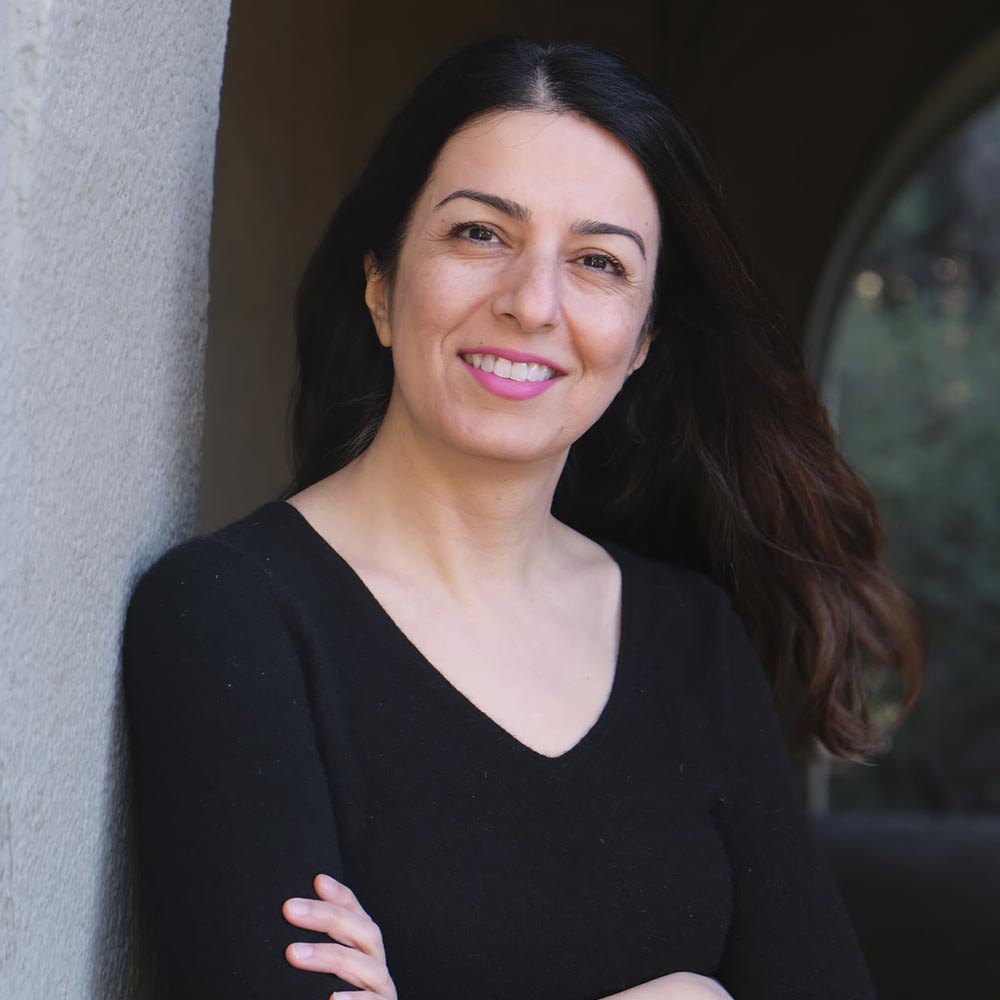 Katrin Arefy is the artistic director and head teacher at Manhattan Piano Academy in Manhattan, New York. She received her Bachelor’s and Master’s degrees in Piano Performance and Pedagogy from the Gnessin School of Music in Moscow. Katrin also holds a Bachelor’s degree in Fine Arts in Painting from Azad University in Tehran.

Katrin is the author of A Thousand Stories for a Little Pianist and the series My First Piano Book. She has translated Anna Artobolevskaya’s First Meet with the Music and Heinrich Neuhaus’ The Art of Piano Playing from Russian to Farsi. She has lectured on the Russian method and specifically Artobolevskya’s method abroad and at various universities in the US including the University of Oregon and Ohio University School of Music. Most recently Katrin delivered a well-received presentation at the Music Teachers Association Of California Conference in San Diego.

Her very first students are now professional pianists having graduated from leading music universities in Austria and Armenia.

Katrin won the Influential Businesswoman Awards in 2020, and has been named Most Inspirational Woman in Music Education (Northern California) by Acquisition International. 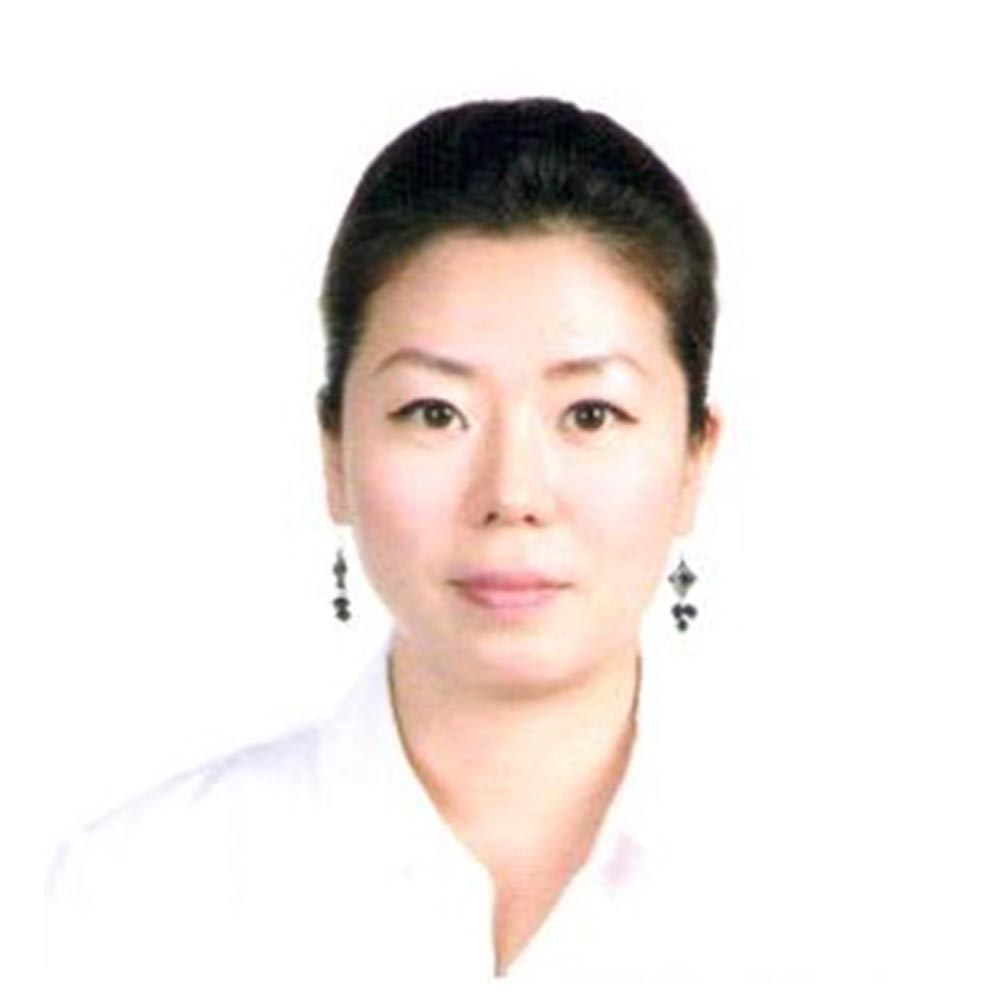 She was accepted to Juilliard pre-college where she studied piano with Jane Carlson. While studying with Carlson, she performed numerous times at Juilliard school, Carnegie Weill hall every year, and toured Italy with Carlson. She received a bachelor’s degree in piano performance from Oberlin Conservatory where she studied with Peter Takacs while earning Dean’s Award scholarship throughout the entire school years.

Nicole’s gentle approach, combined with her patience and years of experience makes her a desirable teacher in Manhattan NY, especially for younger students. 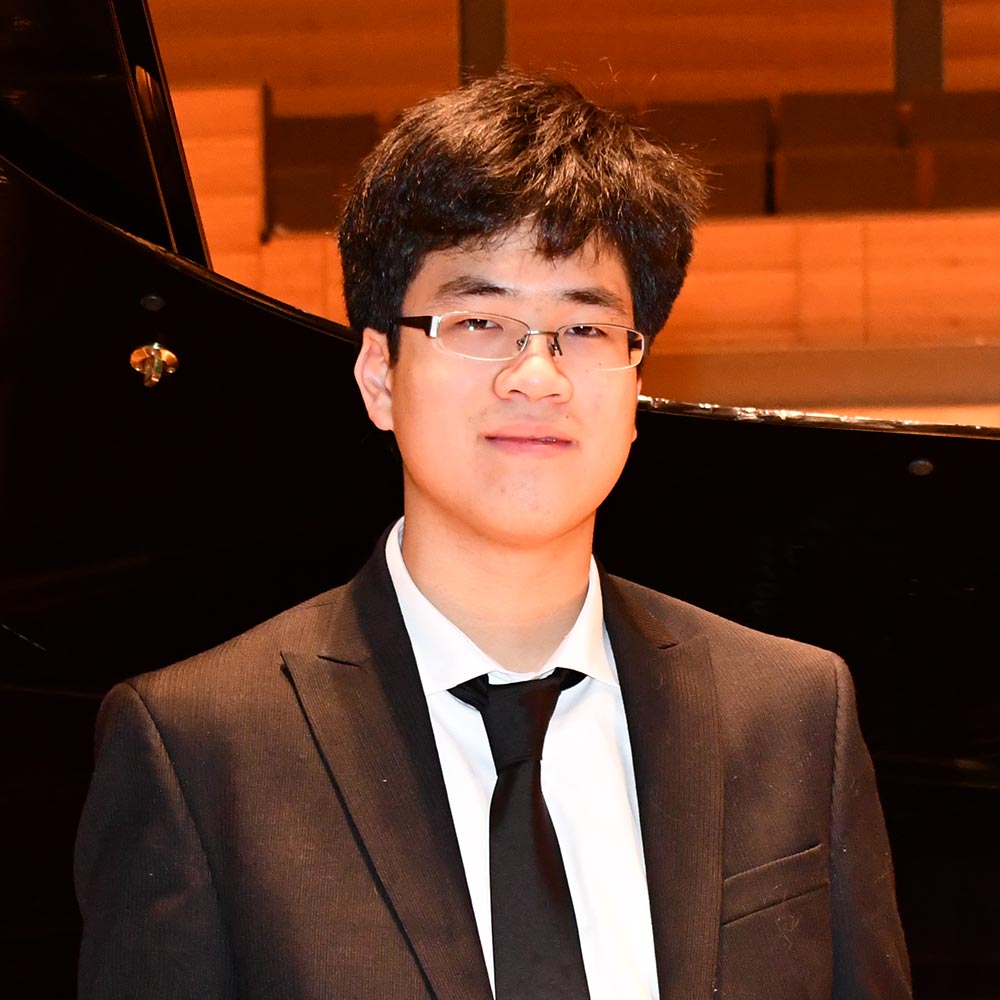 Christopher Richardson is a patient, passionate, and extremely knowledgeable teacher. He is an active concert pianist, having performed with 8 different orchestras and having received top prizes in over 50 local, national, and international piano competitions. He has performed in venues such as the 2000-seat Music Tent in Aspen, Carnegie Hall, and Benaroya Hall. He has also appeared on NPR’s “From the Top,” TV program PIE on KCTS 9, and King FM 98.1. He spoke about and performed piano at the TEDxYouth@Redmond conference in Washington, and has recently released his debut album, titled Wizard of Oz.

Christopher was accepted to the Juilliard School of Music and the Peabody Conservatory under Leon Fleisher, and is currently a pre-med student at UC Berkeley as a triple major in Economics, Biology, and Music. He is also the blog writer for the Steinway Society of the Bay Area, where he details his thoughts and experiences in the various aspects of classical music.

Christopher is especially suitable for those intermediate and advanced students who are ready to sit and focus in class. We are thrilled to have Christopher Richardson as part of our faculty here at Manhattan Piano Academy! 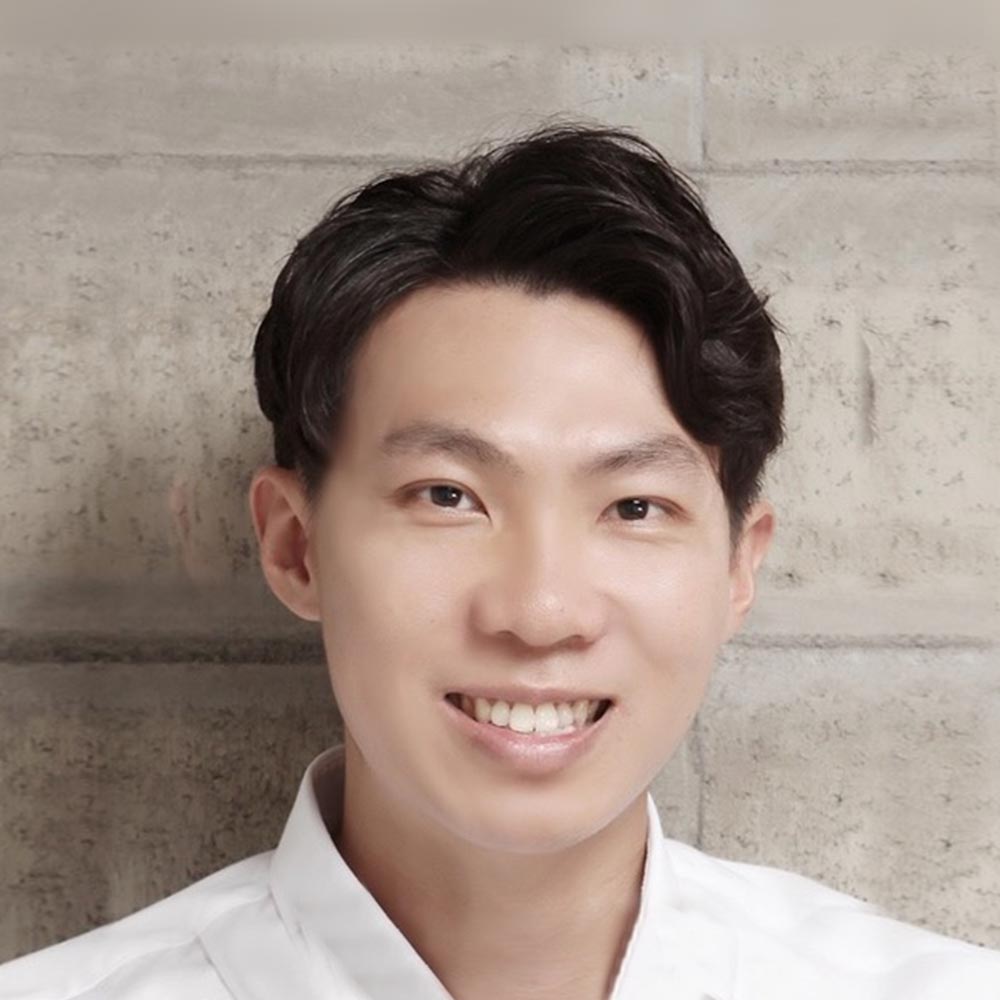 Hyungbin is a busy musician passionate about both teaching and composing. He obtained his Bachelor of Music degree at Yonsei University in Seoul, South Korea, and Master of Music degree at the University of Illinois at Urbana-Champaign. He is currently studying under a PhD course in composition and theory at UC Davis, where he is in charge of musicianship and piano lectures as a teaching assistant.

As a teacher Hyungbin believes that learning music should be an enjoyable and creative experience, and thus his teaching is focused on “enjoying and feeling” rather than merely “understanding” the music. Through Hyungbin’s teaching, the students will be able to mature to become sophisticated musicians, excelling in both the sense and sensibility of the music they are making.

As a composer Hyungbin has composed works for various genres including solo piano, chamber music, orchestra, and choral music and they have been played in many countries including the United States, South Korea, Japan, Austria, and Italy. His music is energetic and dynamic, but possesses warmth and sensitivity at the same time. 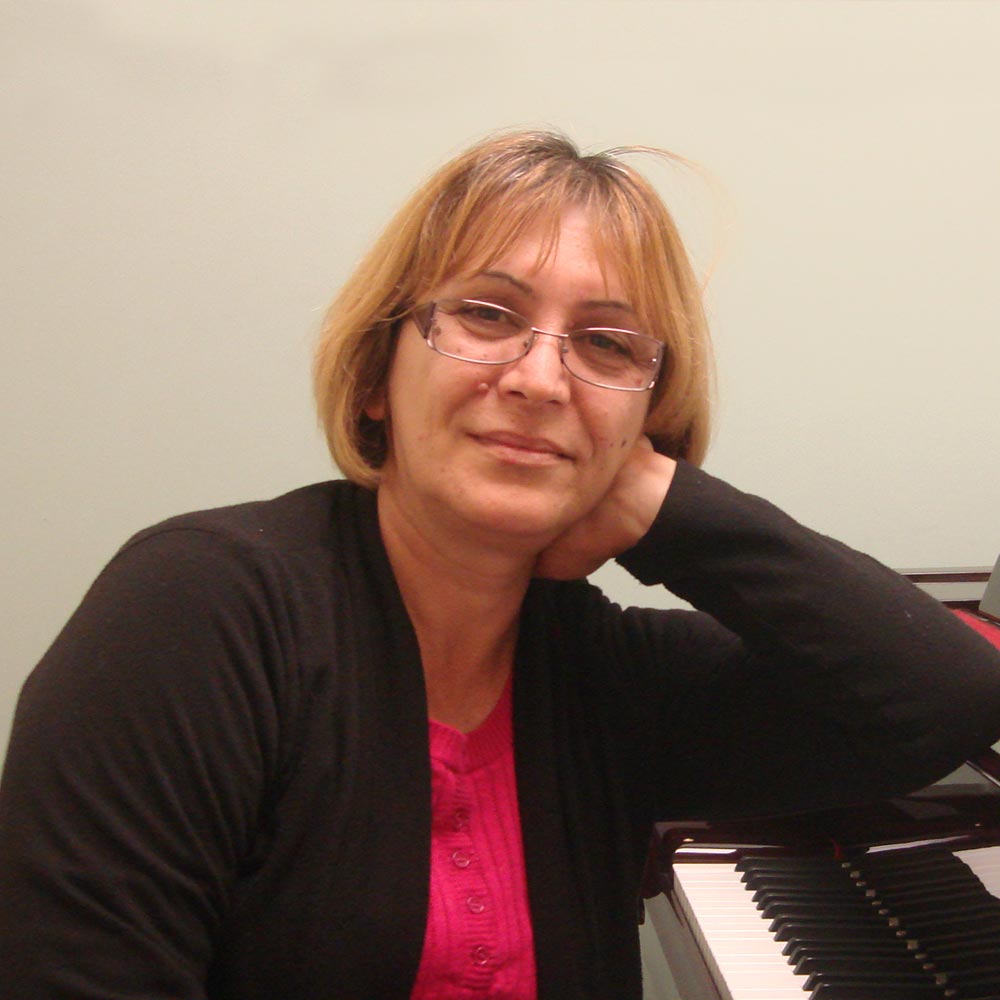 Ketevan studied music theory and piano at the Zakaria Paliashvili Batumi State Musical Institution in Georgia. She went on to teach all skill levels at Kobuleti school in Georgia where she was nominated Teacher of the Year multiple times. Afetr moving to Cyprus she started teaching at Duet Art Academy where she had prepared numerous students for the Royal Academy Examination. Ketevan has experience performing in a trio as well as over 30 years teaching private piano lessons. She has been a valued teacher at Manhattan Piano Academy since 2013. 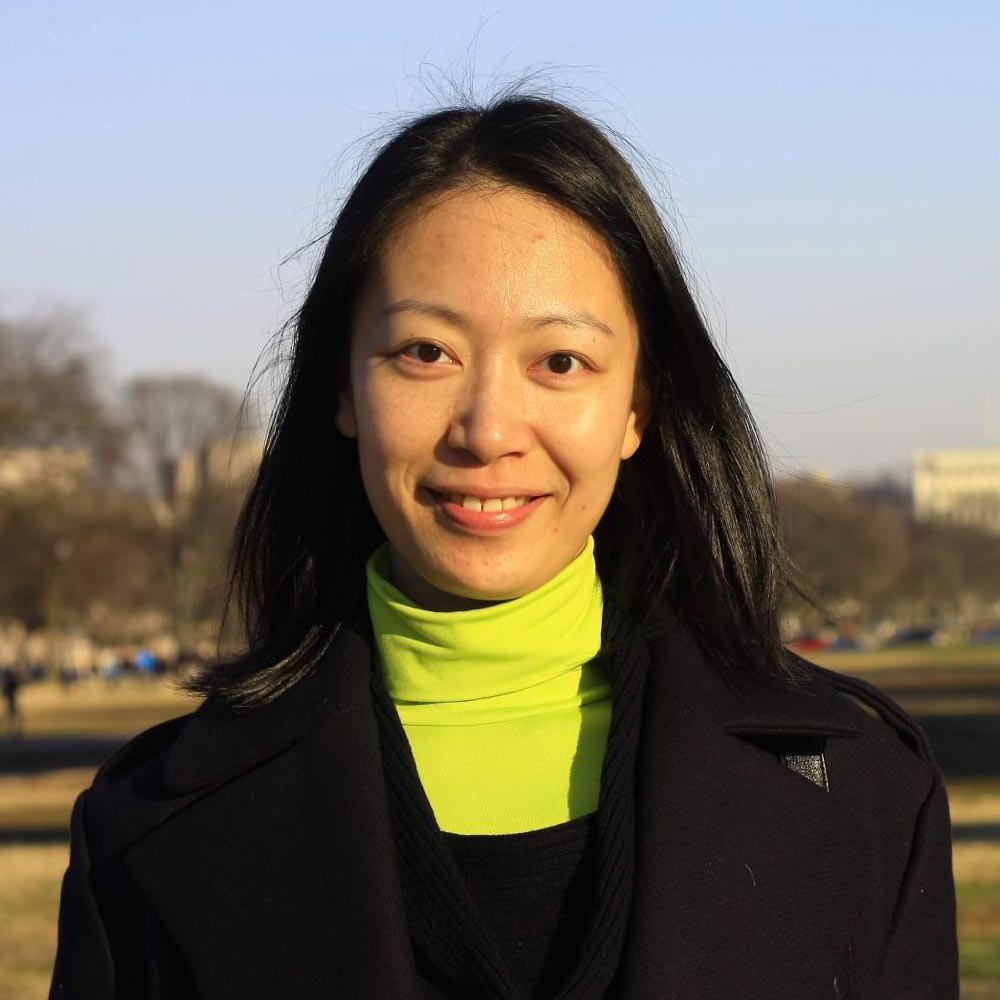 Chenyi Cao is an accomplished musician with extraordinary teaching talent. Her ability to connect with the students while cultivating and following the students curiosity in class makes her an ideal teacher for our school. Chenyi had taught piano over 8 years and worked with over one hundred students of different ages and levels during her studies in the U.S. Cao’s students perform actively in the recitals, musical festivals, and won numerous awards from competitions.

Chenyi Cao is originally from Shanghai, China, where she earned her Bachelor’s degree in music performance from Shanghai Normal University. In 2008, Cao came to the United States for further musical studies. She studied piano performance with Dmitry Rachmanov in California State University – Northridge, and received her Master’s Degree in 2011. Cao then began a Doctor of Musical Arts program at the University of North Texas in Piano Performance with renowned pianist and pedagogue Joseph Banowetz and earned her DMA in 2017. Cao’s honors include: Margaret Marion Grubb Memorial Piano Scholarship, Charles F. Paul Memorial Piano Scholarship, Arts Council Music Scholarship Endowment, Jakob and Bronislaw Gimpel Scholarship, and Outstanding Graduate Student of Keyboard. 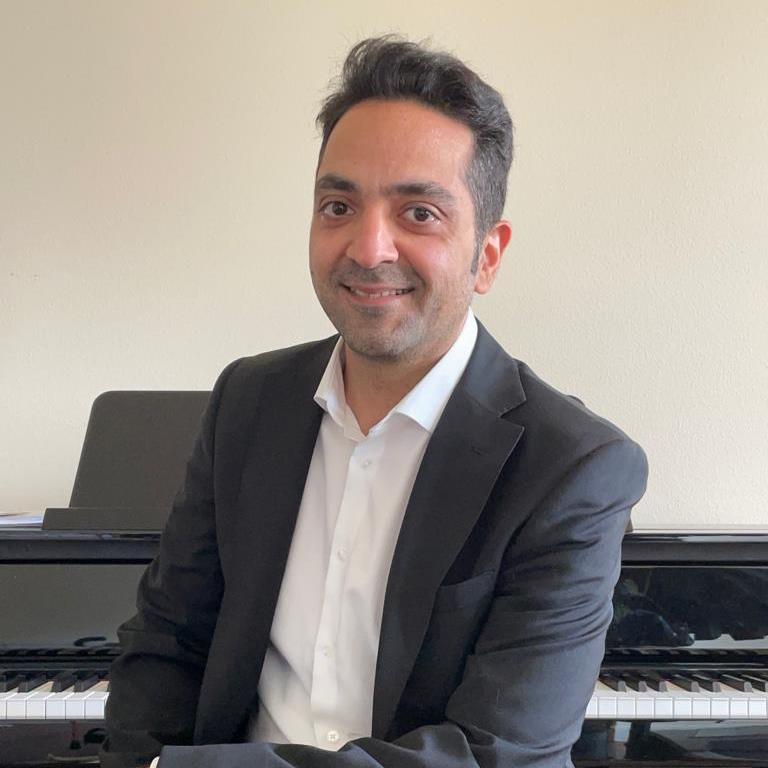 Originally from Iran, Babak Mahbaei is a talented pianist, composer, and music instructor. He began his musical education at age eight with violin lessons and then added piano lessons. He studied music under the supervision of Professors Asli Giray Akyunak and Marc Heeg in north Cyprus and graduated from Eastern Mediterranean University (EMU) with a music degree in 2012. He also earned a certificate in jazz guitar from Komitas Conservatory in Armenia in 2006.

After moving to the United States, Babak studied classical and jazz piano with Deborah Cleaver and David Goldblatt for several years. He has collaborated with many bands and musical groups, and enjoys sharing his musical experiences with others and encouraging them to learn more about this art.

Babak’s positive attitude and energetic personality make his lessons fun for students, and his diverse musical background, passion for music, and enthusiasm for teaching make him a great addition to our roster of teachers.

We are thrilled to welcome Babak Mahbaei to the Manhattan Piano Academy, where he will begin teaching in November 2021. 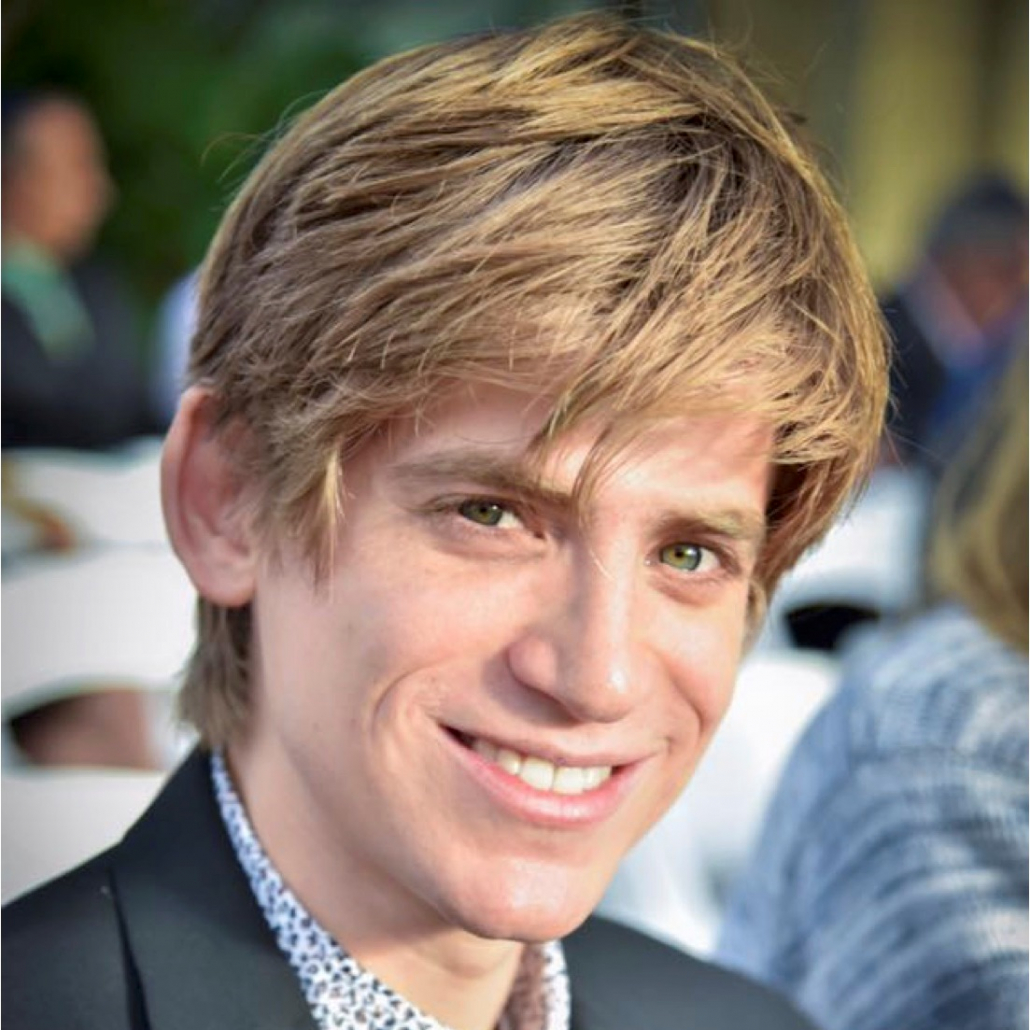 Gabriel Daniels began studying piano in early childhood, and later went on to receive his Bachelor’s degree in music from Rutgers University in New Jersey. After college he relocated to the Bay Area, where he spent several years teaching piano to students of all ages. In addition to teaching, Gabriel has worked as an accompanist for ballet and modern dance classes at dance schools around the Bay Area, as well as performing as a professional jazz pianist. 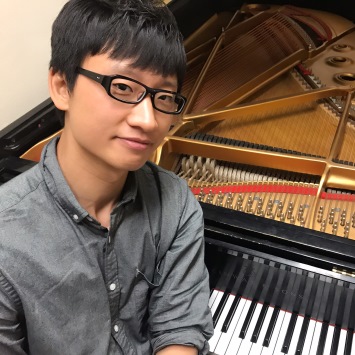 JunZhao Deng, (Ryan) received his master’s degree in piano performance from Kent State University, and his bachelor’s degree in music education from Xinghai Conservatory of Music.

JunZhao has performed in various locations in the USA and in China, including at Kent State University’s open house and the Poly Real Estate Group Company in China. He has also performed in masterclasses with great pianists such as Cahill Smith, faculty at Lee University. JunZhao has also competed in prestigious piano competitions in China such as the Hong Kong Piano Association International Piano Competition and the DeYiShuangQing Piano Competition. He was a finalist in both competitions, and the winner of the Guangzhou Golden Award in 2006 and 2008.

JunZhao has been teaching privately for 10 years. His favorite part of teaching is watching his students grow as a musician. He has experience teaching in China and in the USA, teaching at various prestigious institutions. JunZhao’s lively personality and vast of teaching experience and music knowledge makes him one of our top teachers at Manhattan Piano Academy. 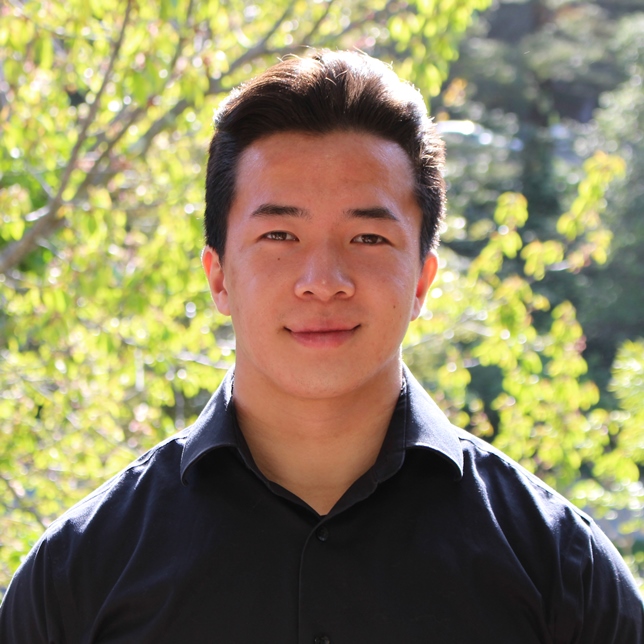 Morgan Chan is a California native accomplished pianist, composer, and music producer. Morgan began his musical career with piano lessons at the age of five, and pursued piano performance throughout his early years in education. He earned his bachelor’s degree in Music at UC Berkeley, studying piano performance with Dr. Betty Woo. As a teacher Morgan is very familiar with The Royal Conservatory of Music examination system. Morgan’s patience, meticulousness and serious personality makes him a great addition to our school’s team of accomplished teachers.

Morgan began teaching private piano lessons in early 2020, and has since developed a passion for sharing his love for music, making piano lessons a fun and memorable experience for students. We are pleased to welcome Morgan on board starting April 2022. 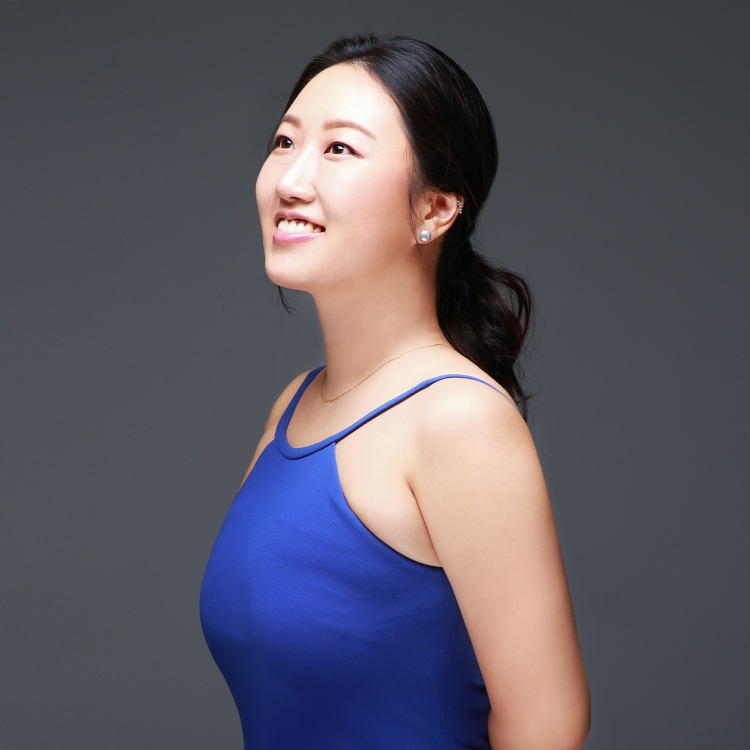 Blake Jeongwon Park is an accomplished, award-winning pianist and experienced piano teacher who received her master of music degree in piano from the San Francisco Conservatory of Music.

A member of the Virtuoso performance program and Sonare-TA Chamber Music, Blake  performs frequently in San Francisco and South Korea. Recipient of first prize in the Honam Art Music Competition, Blake won awards for her freshman performance at JFAS, and for both her freshman and high honor graduation performances at Jeonju University in South Korea. She has performed at several notable venues such as the International Courchevel Music Alps Summer Camp and the Sori Fine Arts Center, and has participated in several master classes.

Blake has more than seven years teaching experience and has successfully worked with students of different ages and skill levels. She is a passionate, and patient teacher. She believes that her students’ high level of achievement arises from the trust among the teacher, the student, and the parents. Her students have been competition winners at the Hyundai Music Competition and the Piano Adventure Competition.

Golden Key Piano School is pleased to have Blake as one of the strong teachers in our team since September 2019.